Finding Success by Setting Goals that Matter to You

“The trouble with not having a goal is that you can spend your life running up and down the field and never score.”

A new year inevitably brings new resolutions along for the ride. I know I have faltered on my fair share of New Year’s resolutions (“goals”). Some fell more quickly than others – even those I thought were of the SMART variety. Yes – here comes another article on how to set goals. And I’ll tell you now that my goal is that you finish this article understanding why your goals matter (and to whom they matter). That is the (potentially) novel piece of information this piece hopes to address.

Most anyone trying to do thoughtful instruction on goal setting will include the SMART concept. That acronym reminds us that a goal should include most of the following factors:

The importance of each of these aspects to goal setting should be neither overlooked, nor underestimated. They are important. But they are not the end of the process of goal setting …

Long-term and short-term goals are important, as well. Long-term goals revolving around ultimate success of the main goal, short term goals focusing on smaller hurdles or milestones to be achieved along the way – in part to foster a growth process (rather than all-or-nothing), and in part to maintain motivation toward success – particularly in extended timeframes of months and years.

The inevitable success that was my Race Against the West (RAW) effort in 2018 — a 930-mile bike race starting in Oceanside, California and ending in Durango, Colorado, which I completed in about 78 hours, raising almost $90,000 for the National Multiple Sclerosis Society — began with failure at the same event a year earlier. 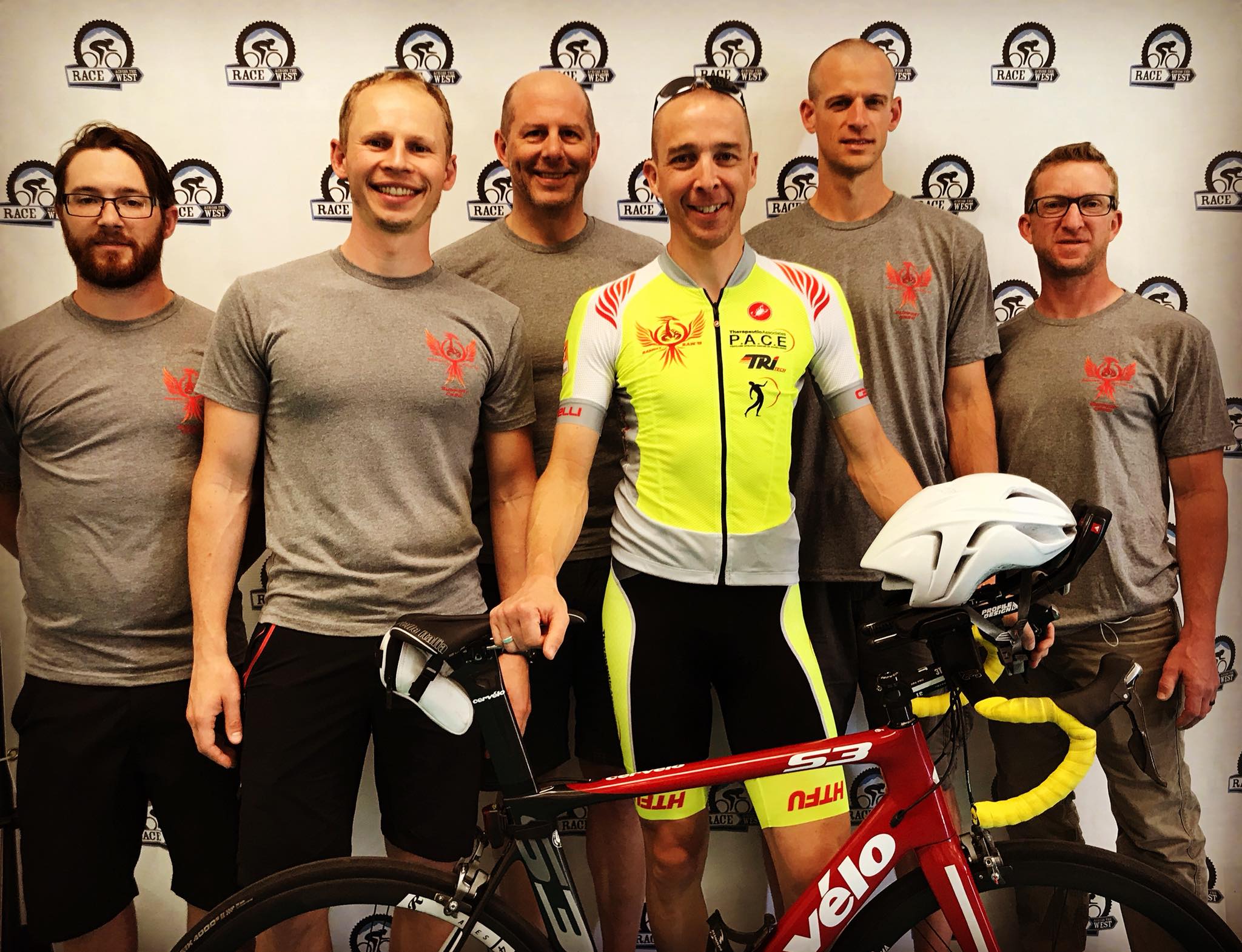 In 2017, I withdrew after about 600 miles, content but not satisfied. Some process goals would need to change to enable success a year later. A small change in training strategy, a different sleep schedule for the race, and a complete change in crew. Distinguishing the working processes from the ones needing revision made for success in 2018. Something viscerally felt knowing that in 2017 600 miles was truly my personal limit versus being sad it was over when I reached Durango in 2018 – as both my mind and body wanted more.

What didn’t change in those two years, was why finishing RAW mattered to me. That last part – that it mattered to me, the person setting the goal – often distinguishes the successful endeavors from the unsuccessful. No one told me I had to do it (and more than a few thought I was crazy to want to do it, let alone try it again). I wanted to get to that starting line, and more importantly that finish line – to prove to myself that I could do it, and as a person with multiple sclerosis, most importantly, while I still could. My goal was my own.

Research on the motivations behind goals divide goals broadly into two camps: autonomous versus controlled. Autonomous goals align with the goal setter’s self-concept, and have personal enjoyment, value, or interest to the goal setter. These goals seem to generate greater willingness to push toward success, even in the face of adversity – an important determinant of success for challenging goals. People thought I was crazy to do RAW not once, but twice. But that was what they thought – not what I thought.

Conversely, controlled goals stem from internal or external pressure, or from seeking recognition. They might feel as though they are forced on us because of what we feel we should be doing, or what society “says” we should be doing. Something that we may feel compelled to do – whether we really want to or not. These controlled goals have been shown to have a directly negative impact on personal well-being. An important determinant of failure in the face of adversity. Had RAW been something someone else was “making me do,” or that I felt pressured to return in 2018 in order “to measure up” to someone else’s judgement – I am quite confident 2018 would have been a doomed repeat of 2017.

“Our goals can only be reached through a vehicle of a plan, in which we must fervently believe, and upon which we must vigorously act. There is no other route to success.”

Goal Setting might seem like a simple thing. Ultimately, the more challenging a goal you envision accomplishing, the more important it becomes to understand why you want to accomplish that goal. If you find it stems from a deep internal desire that fires you up – even if it daunts you – you have probably found an autonomous goal. Conversely, if that goal just daunts you, and you dread pursuing it, it might be worth doing a little more personal digging to uncover the ultimate motivation behind the idea.

Once you feel your motivations are in the right place, then the planning of SMART goals, short- and long-term goals of the outcome and process flavors can all start to take shape. And if I may be so bold as inspire you to set more successful goals, I encourage you to dream and dream big. To that end, I wish you a Happy New Year and leave you a portion of Theodore Roosevelt’s “Citizenship in a Republic” speech of 1910. I hope it encourages you to set big goals for your own reasons. You are the one trying to accomplish them. You are the one in the ring. Make sure you want to be there.

“It is not the critic who counts; not the man who points out how the strong man stumbles, or where the doer of deeds could have done them better. The credit belongs to the man who is actually in the arena, whose face is marred by dust and sweat and blood, who strives valiantly, who errs, and comes up short again and again, because there is no effort without error and shortcoming, but who does actually strive to do the deeds, who knows the great enthusiasms, the great devotions, who spends himself in a worthy cause, who at the best knows in the end the triumph of high achievement, and who at the worst, if he fails, at least fails while daring greatly, so that his place shall never be with those cold and timid souls who know neither victory nor defeat.”

Health & Wellness
Should I Exercise with an Injury?
Whether you are new to the exercise and fitness world, or a seasoned workout guru, there can be a gray area when it comes to recovering from an injury. Generally, unless you are dealing with a fracture or catastrophic injury, movement can be an integral part of the healing process.
Exercise, Injury, injury prevention, physical therapy
Read More

Fitness
How Can I Run Safely in Winter?
With the right gear, training and preparation, running in winter can be as rewarding as it is in the summer. Whether you’re a trail runner or a road runner you can layer up and lace up no matter what season it is.
Running
Read More

Health & Wellness
No time for exercise? Make time to move!
Exercise does not require a gym, special equipment, or high intensity. Down to its core, exercise is simply movement. Despite being busy, most of us have plenty of time to move around every day.
Exercise
Read More