My Journey on Mount Rainier 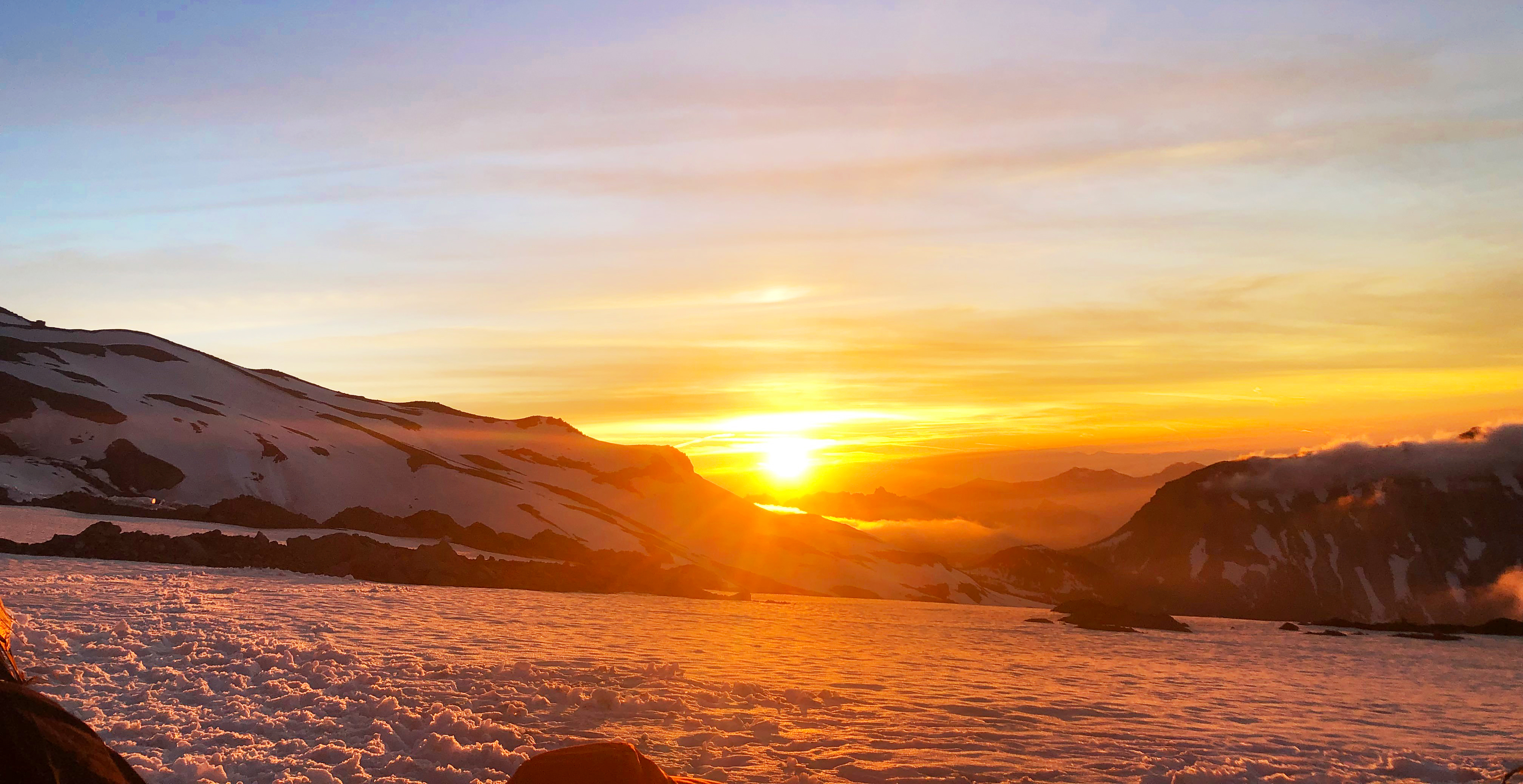 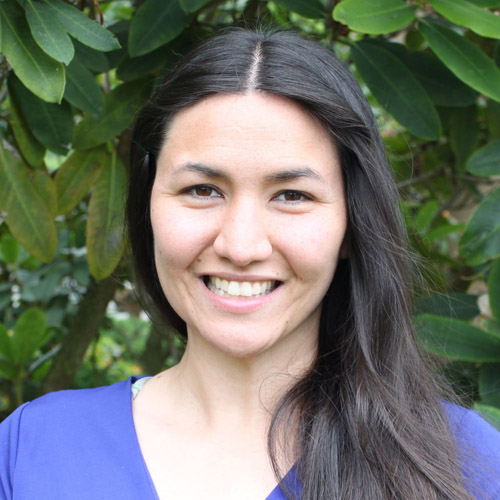 So, everyone knows how 2020 started. It was a new decade, a new year, and for me full of new goals. I was planning on putting my name in for the lottery to backpack the Wonderland Trail for the 5th time (the 100-mile trail that goes around Mt. Rainier). I thought since my 35th birthday was happening, I might as well get in good shape, run a few half marathons, think about taking some continuing education classes, and actually invest in an insulin pump. I had finally decided to invest in me and make a concerted effort on being my best version — whatever that means.

Fast forward a few months … I’d signed up for 2 half marathons and gotten my first tattoo — a mountain range representing the journey of life. Life is full of ups and downs, the biggest payoffs come after the biggest effort, sometimes there are bumps and bruises, sometimes you have to turn around no matter how prepared you are, and sometimes it’s just not your day. Mountain climbing is a challenging journey, but the type 2 fun  (when it’s really not much fun in the moment, but fun later – in retrospect – because of the incredible payoff) …  and the views along the way often make it worth it. Little did I know that my tattoo’s meaning would soon come into full swing.​​​​​​​

COVID-19 — I had no idea how much this would change my life and rock my world. I know many other people can say the same thing. Working in healthcare, not at the full front lines, but working the whole time led to an abundance of cognitive dissonance. I don’t have the luxury of being afraid. What is my duty? How much risk of my own health is too much? Can I pay my mortgage? Will social isolation actually make me go insane?

I am the kind of person who faces trauma head-on. I go into high productivity mode. I went about it like a sprint. “I am going to save the world.” “I will sacrifice my own health and happiness for others.” Little did I know the toll the endurance of the pandemic would take — the frustrations of changing relationships, the tension it put on stable relationships, how much of other people’s trauma would be dumped on me as a provider. All the anxieties and shaming within our society began to boil to the surface.

My favorite word is serendipitous. I believe life is full of serendipitous moments, we just forget to look for them. I had a moment of serendipity when my friend and I won the lottery for the Wonderland Trail. What else is there to do but spend time in nature during a world pandemic when you are an essential worker who lives by yourself. Nature for me was healing and restorative. Exercise gave me awesome relief. I poured my free time into training: insanity Tuesdays where my coworkers and I did social distance HIIT workouts, Thursday social distance hikes. I started to hike alone too. Right before the trip I had some shifts in personal relationships that made me feel more isolated than ever. I was then on a mission. I was going to rock that trail like a badass.

That trip was amazing. Right before I left one of my best friends called me and asked, “Hey want to just climb Rainier next?”

That had never even been on my radar. But I was like, “Why not?” I had been reading a lot of Brene Brown, the concept that being vulnerable and being brave are the same thing. Being willing to move forward and take risks without being able to control the outcome was something I decided I was going to do. I was going to go for it.

The investment (not just financially but mentally and emotionally as well), the commitment of time and energy, and the training in the winter — running stairs, hiking in the snow … just freezing half the time … sometimes had me questioning my sanity. I had hours to reflect what my life would look like going forward.

Climbing Rainier almost 9 months later was otherworldly. I had an internal belief that I could do it. I had no doubts. I was ready, but also extremely nervous. There were so many things that could go wrong. I wanted to do it for myself. I wanted to leave some of my past behind me. The weather was hot. The views were clear. 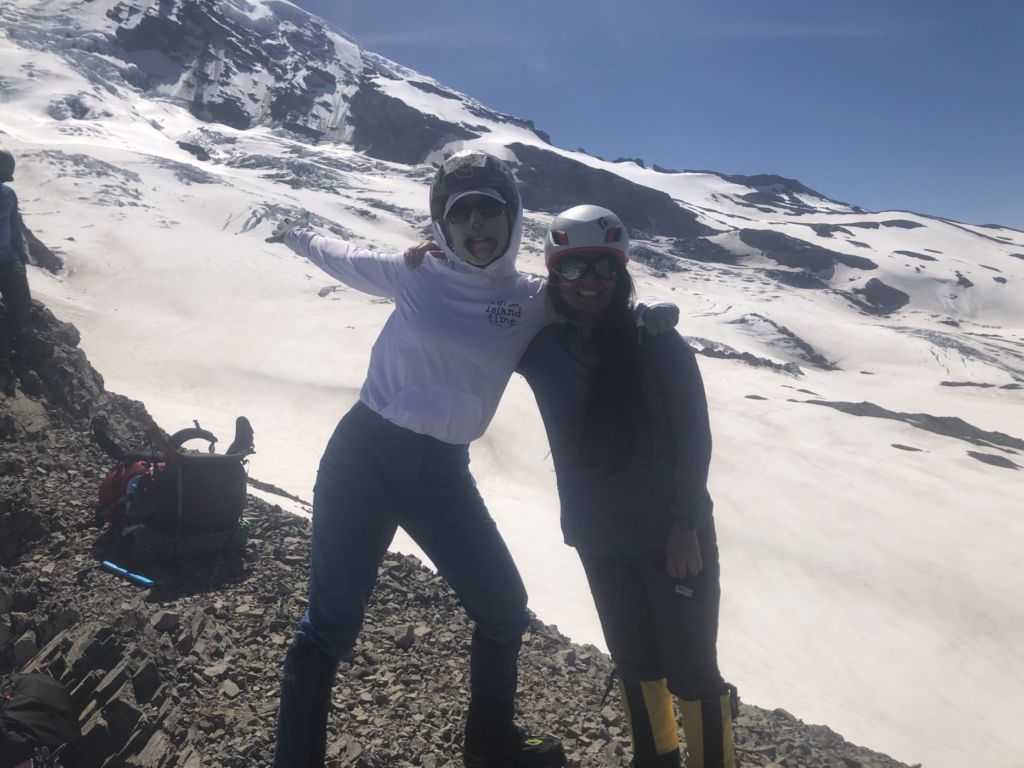 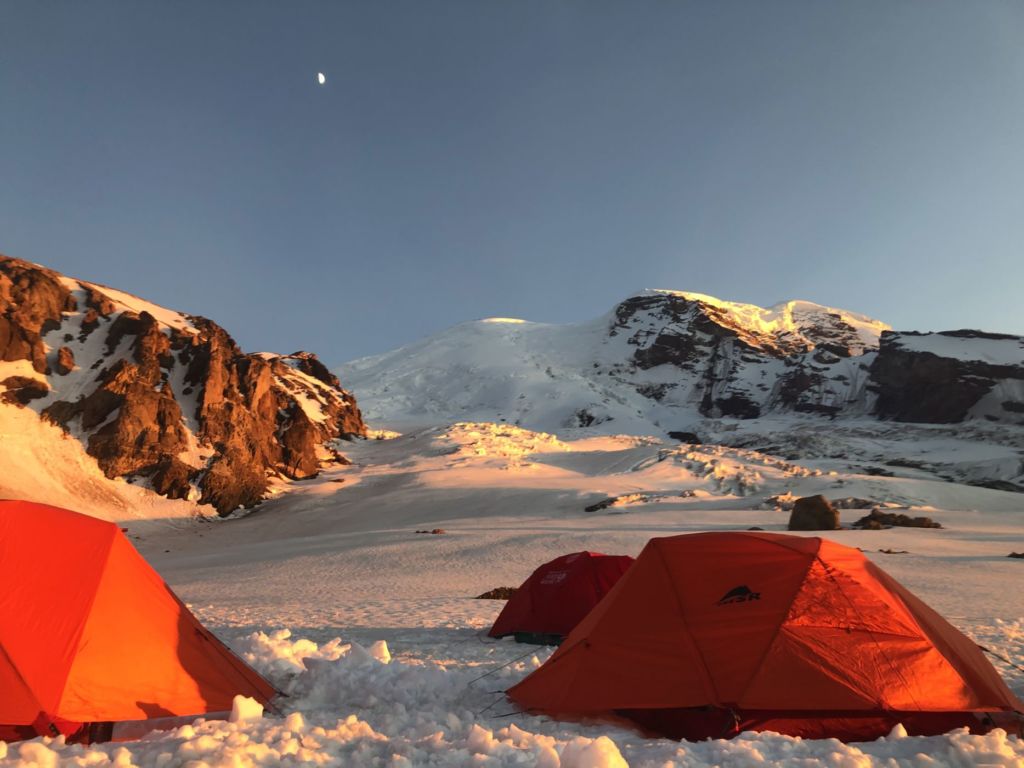 One thing I did not anticipate was that altitude can cause insulin resistance. I have been a type 1 diabetic for 20+ years. Even though I have never let it stop me, there are things that just happen no matter how prepared I am. My blood sugar skyrocketed to 500 on summit day and would not go down. I pumped myself with insulin and hoped that my blood sugar would come down. 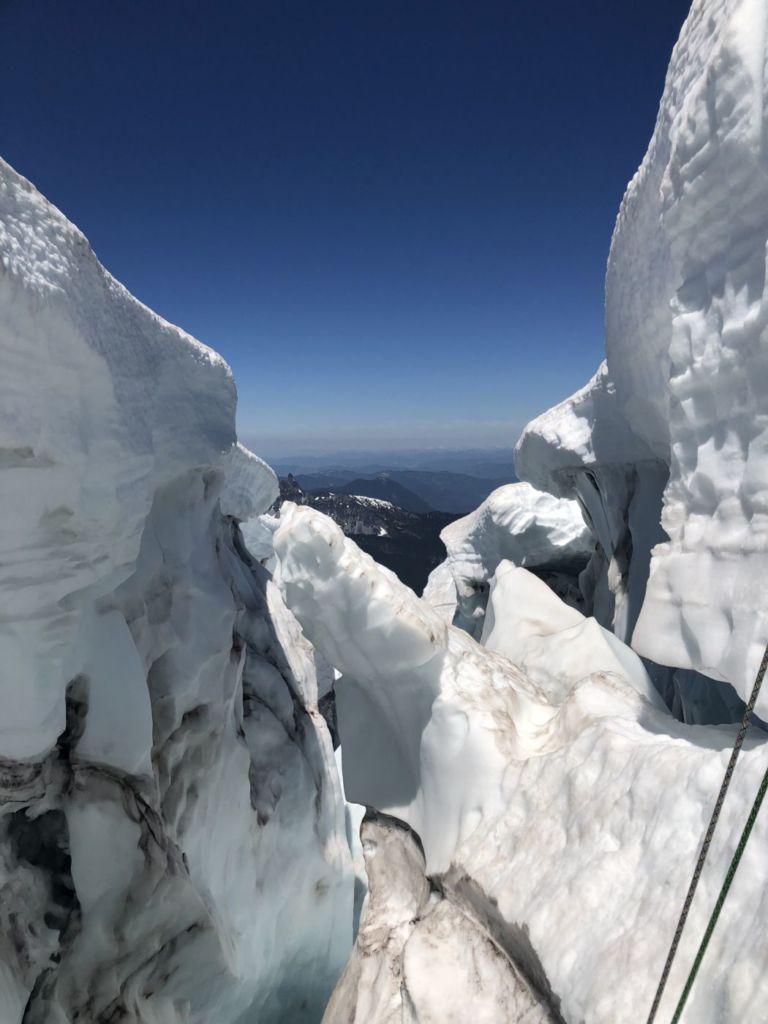 I barely remember the first part of the climb other than it was the stair master on steroids up the corridor. Sunrise was amazing. My cottonmouth only worsened. My fatigue from high blood sugar worsened. I started getting super winded then I started cramping. It felt like hiking in the first 24 hours after getting the Moderna vaccine. I had reached my human limits. My determination was not going to get me up that mountain. At 13,000 feet the guides and I decided I should go down. 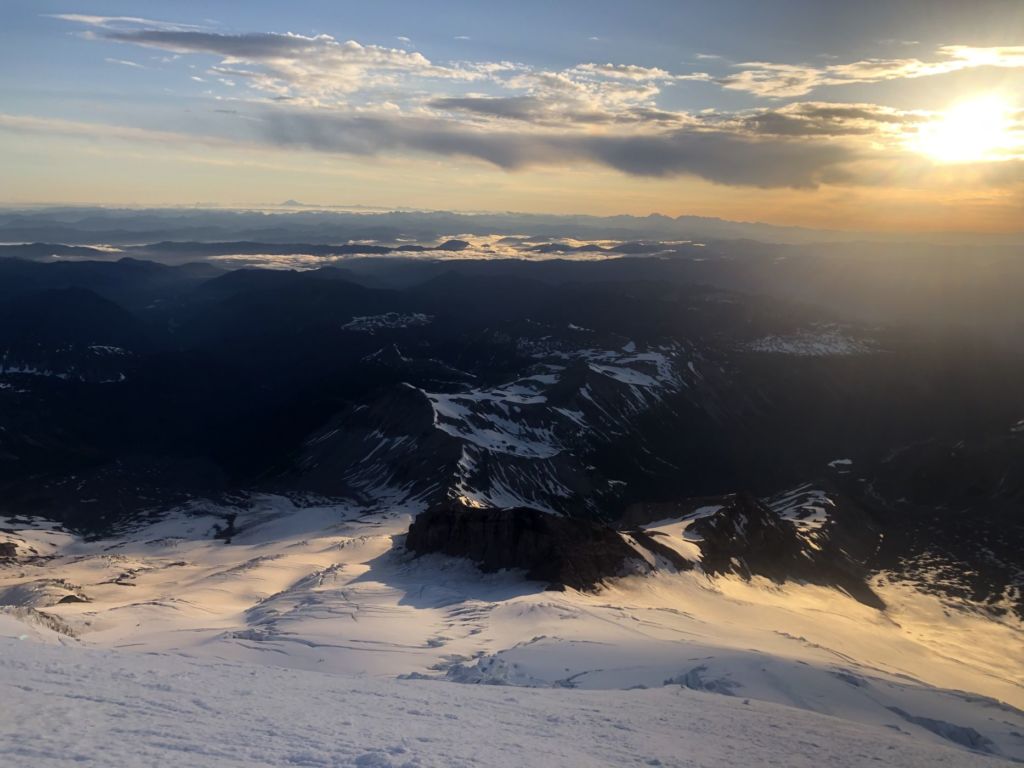 I regret nothing. I am proud I had enough wherewithal to turn around when I did. I can live another day to climb more mountains. That mountain is still there. My journey is not over. I now have absolutely fallen in love with mountaineering. It was extremely emotional when I went back to my tent. I cried about the past year, how my body crapped out on me, how the pandemic sucked, the feelings of failure, abandonment, and rejections of 2020. I learned to be vulnerable and feel my feelings. I realized it might have been one of my greatest accomplishments because I went for it. I will continue to go for it. Also, perfectionism is not the goal. The goal is to be my best version, but not at the expense of my health or my life. My journey will continue. ​​​​​​​

I am inspired now to continue climbing. I realize many type 1 diabetics and women, especially women of color, do not get this opportunity. So, I am proud, but now I want to encourage and empower those groups too. People don’t have to climb mountains to learn these lessons, but I hope they don’t limit themselves out of fear of failure or rejection … whatever the risk may be. Be brave. Sometimes it means getting your butt kicked. I won’t lie, it sucks, but it’s worth it to keep going, and the views along the way are otherworldly. And when I do get to the tippy top I may ugly cry and sing Andra Day’s “Rise Up.” It’s just a matter of time before the moments of serendipity come. In the meantime, that mountain stands in all its glory, and I am learning to be present, to enjoy the moment and journey, and to accept the messier human me. 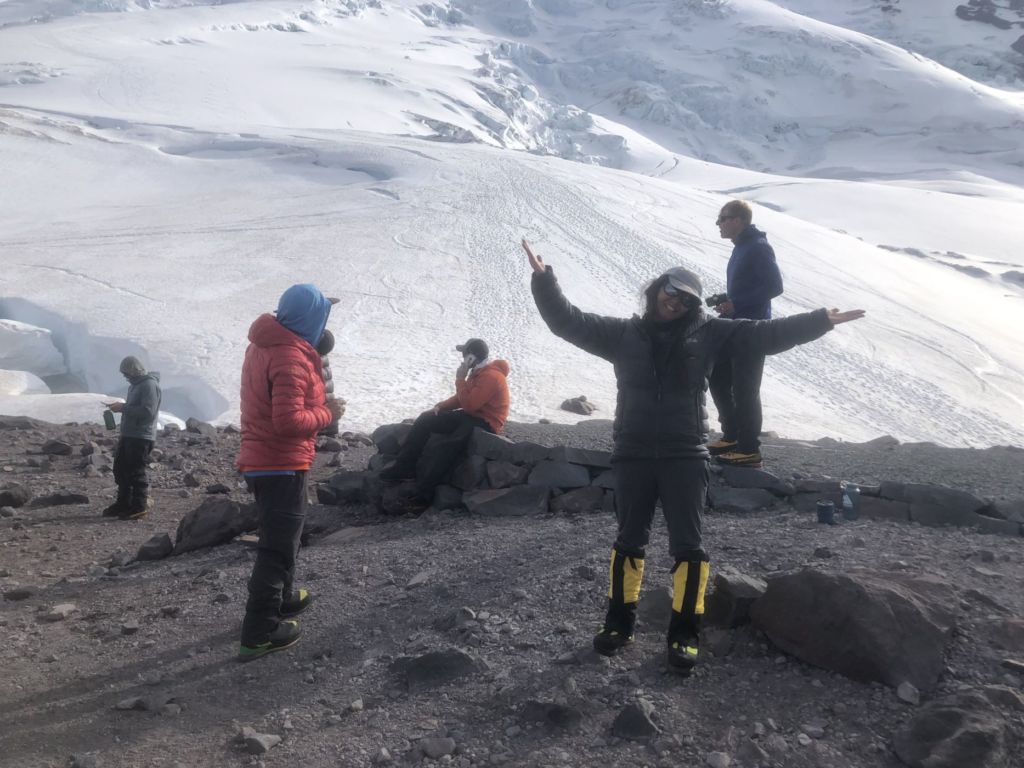 Health & Wellness
Preventing Falls is Serious Business – Test Your Fall Risk
Why should you be concerned about preventing falls? In active people over 65 who fall and break a hip, more...
Read More 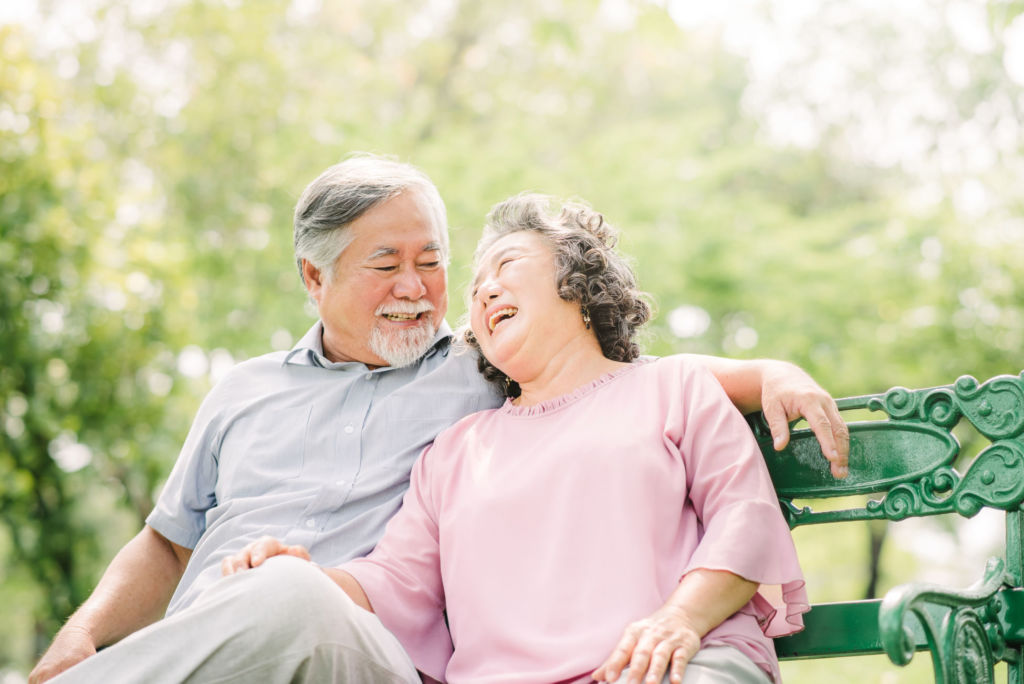 Health & Wellness
How To Create a “Well” Space in the Midst of Chaos
The road we travel will have hills, peaks, valleys, and some potholes. Luckily, there are many things we can do...
Breathing, BreathWorks
Read More 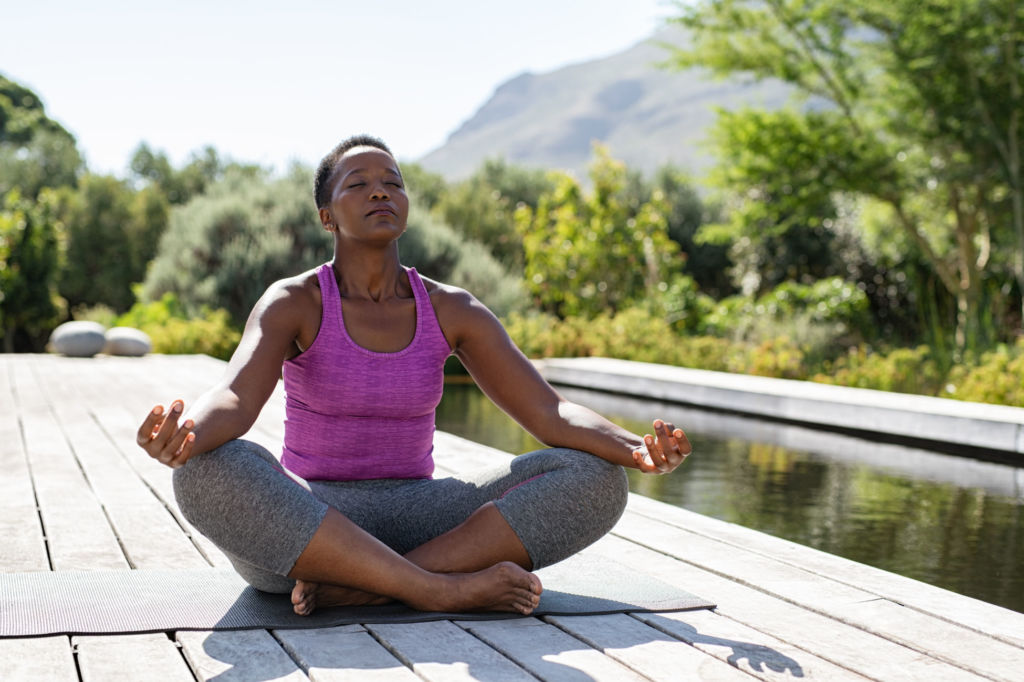 Health & Wellness
Breathing — An Integral Component of COVID-19 Recovery
Throughout the world, scientists and doctors have been working diligently to understand the prolonged, adverse effects of Post-COVID Syndrome. Also known as long-COVID or long-haulers, the condition is defined...
Breathing, BreathWorks
Read More