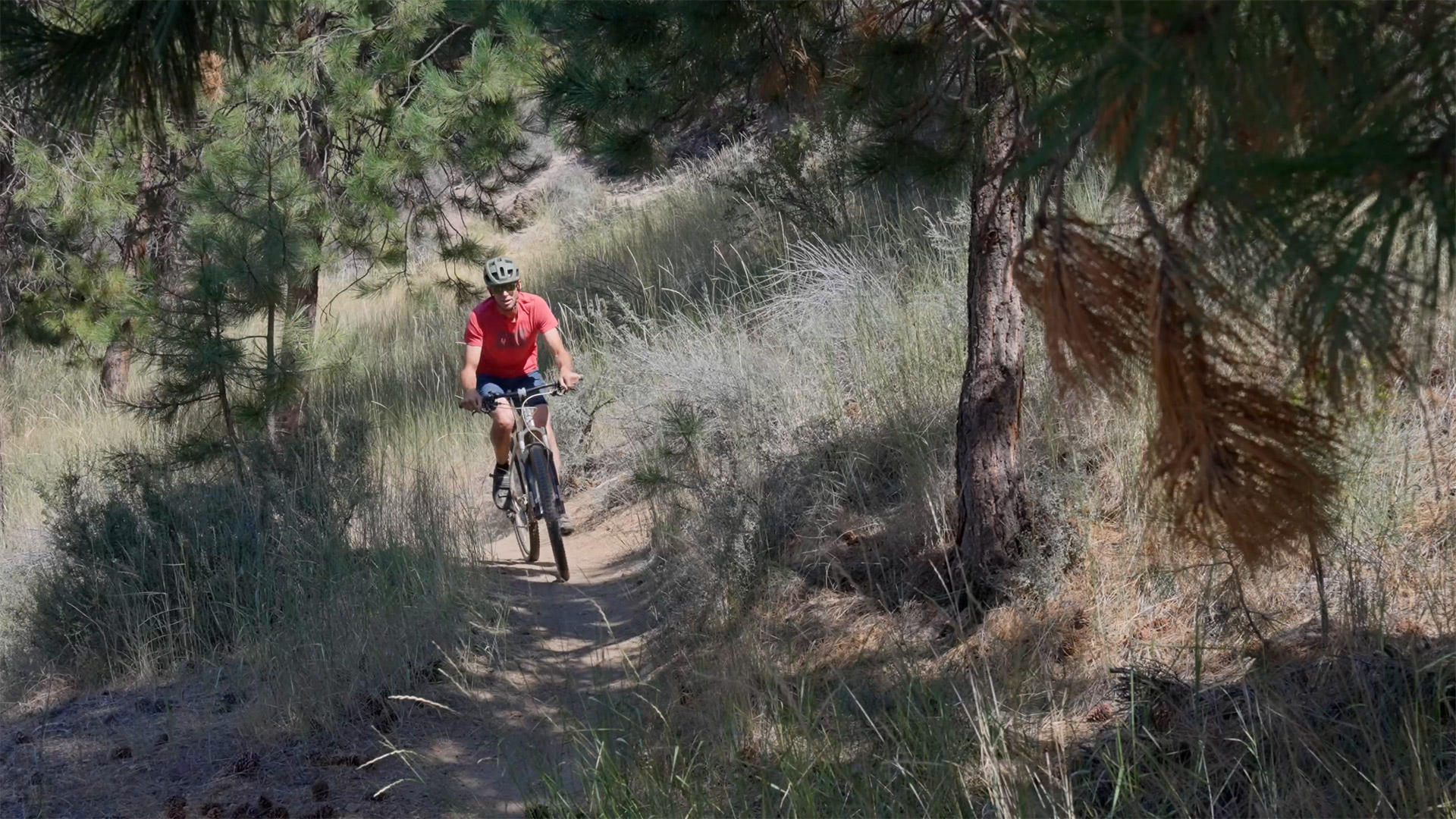 An avid outdoorsman, Charlie Anderson embodies what it means to be a Central Oregonian, actively engaging in a wide range of outdoor sports and activities. For 18 years he has called the high desert home, raising a family with his wife Michelle, and taking advantage of the area’s endless opportunities for adventure.

“The thing we love about Central Oregon is just the seasons,” Charlie said. “Each season brings different activities and so you’re always looking forward to what’s coming next — running, biking, climbing, and now even pickleball!”

In the winter, Charlie said, he loves skiing. But, even the most athletic, experienced skiers are susceptible to accidents, sometimes even without any perceived danger.

“This past winter I was going down a simple get-back trail and caught an edge,” Charlie shared. “It shot me right off the side where there was a tree, and I decided to wrap my knee around that tree.”

Charlie knew right away that his ski day was over, but what he didn’t realize until later was that his ski season could also be over.

“At first the doctor thought it was a sprain, but from what I understand my outside ligament separated from the bone, and there was a partial tear,” Charlie said.

The recommendation was to wait six weeks and see how his knee healed on its own in that timespan and then determine if surgery was going to be necessary. Charlie asked if he could go to physical therapy in the meantime, and the doctor agreed it was a good plan.

Charlie knew of a local PT who specializes in hand therapy and reached out for a recommendation, which led him to Chris Cooper at Therapeutic Associates Physical Therapy – Athletic Club of Bend.

“What was so great about working with both of them is they were able to assess where I was with my knee at any time and then would continue to push me as to what I could do,” Charlie said. “I was tentative. I didn’t want to further injure the knee so I didn’t know how much I could push it. They had a better sense of what I could and could not do and gave me the confidence to do certain activities. Every time I showed up, what they asked me to do was harder and harder, but ultimately that gave me the confidence to start participating in activities.”

Charlie started out in the pool, opting for the low-impact exercise swimming provided. With a buoy between his legs, he could move through the water without using his injured knee. It was the first step toward getting back to being able to do something physical every day, something Charlie said he depends on for his mental health.

“I was questioning whether or not I would be able to do the things that I really enjoy in life that bring me so much fulfillment – running, climbing, biking – I didn’t know what those things would look like in the future,” he said. “I didn’t know if I’d be able to ski again at all – that side movement … I wasn’t able to do it and didn’t see how I’d ever get to that point where those side movements would even be possible again.”

Charlie also did not know if he would ultimately need surgery, but as he progressed through physical therapy, he became more confident that he would not have to go down that road. He was determined to do all he could to avoid surgery and the year-long recovery period it would demand.

It was that motivation that Chris said made Charlie’s somewhat of an easy case.

“Charlie was willing to do anything I asked him to do,” Chris reflected, noting that he would see Charlie in the Athletic Club gym doing his prescribed exercises outside of their appointment time together. “Here you have a compliant patient who is highly motivated and so it was a slam dunk pretty much from the beginning.”

Utilizing shared decision making, Chris and his team worked with Charlie to design a physical therapy exercise program that honored his time and was centered on his goals. With a focus on relieving Charlie’s knee pain, increasing his mobility and facilitating good blood flow to enable healing, Chris included stretching, balance, agility, power and jumping in his approach to Charlie’s recovery. 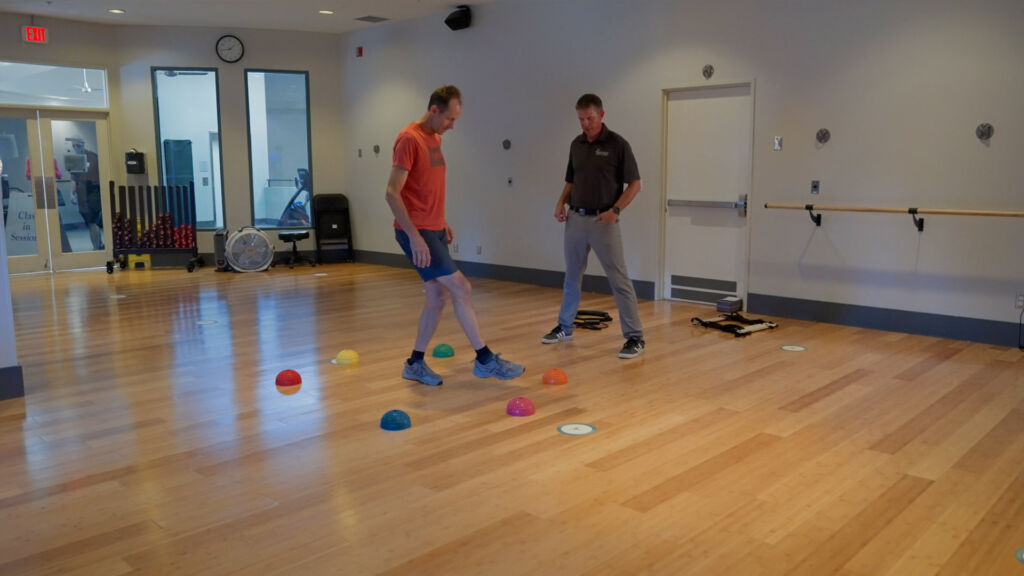 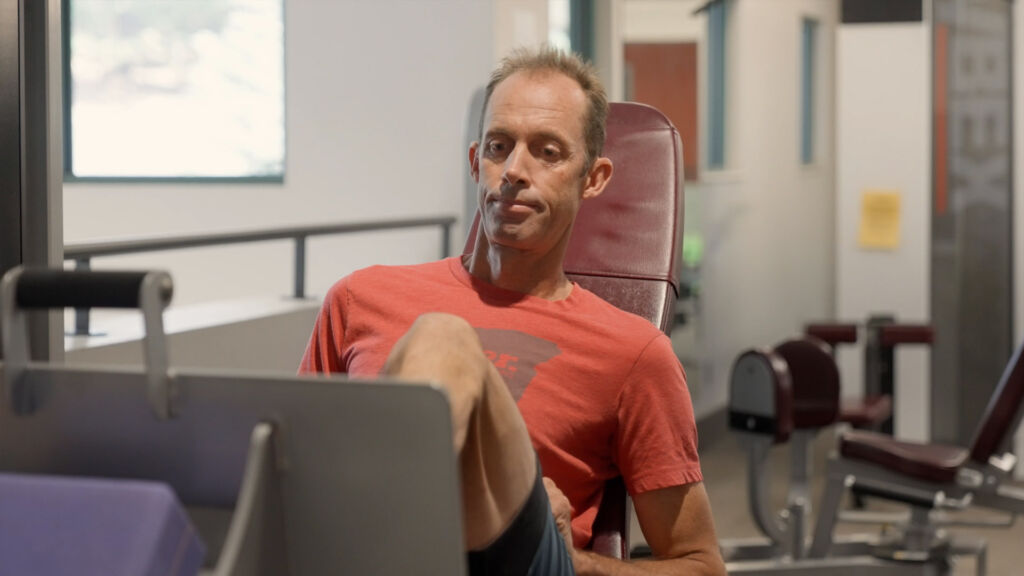 “We wanted to maximize conservative care and see if the outcome matched his expectations and his desire to be able to return to the activities that he wanted to do,” Chris explained. “If surgery was the eventual outcome, then the work we did would have really bolstered his chances to have a great outcome on the other side.”

In the end, Charlie did not need surgery.

“It’s a tribute to him,” Chris said. “He was willing to put in the time and really push himself.”

Charlie acknowledges that the work he put in was a big part of his recovery, but he credits the team at Therapeutic Associates for pushing and supporting him along the way.

“Having someone who knows your body and how it functions, to show you how to do the exercises and allow you to see what you are and aren’t doing right, to know when you’re cheating … I greatly appreciated the coaching and encouragement,” Charlie said.

After six weeks in physical therapy, Charlie was back on his bike, and after just two months, he was able to head to the mountain and catch the last few days of spring skiing before the season ended.

“That gave me such a sense of accomplishment, of gratitude, and of happiness, just to be able to go do something that I love,” he said.

By summer Charlie was back to most of the activities he loves, including sharing his passion for adventures and the outdoors as executive director of Camp Tamarack. The camp, well known throughout Central Oregon and beyond, operates in honor and memory of Charlie’s brother, Tyler, who passed away in 2010.

“What my brother loved was just being outdoors,” Charlie shared. “When he passed away, we started a nonprofit and formed a camp in his honor.”

Today that camp provides an opportunity, through outdoor school and summer camp sessions, for thousands of kids to explore nature and experience activities that Charlie hopes will spark a lifelong love of being active and adventurous in each of them. And while he knows firsthand that even the most athletic adventurers may find themselves facing a debilitating injury at some point in their lives, Charlie also knows that if you work hard, and have a great team of physical therapists beside you, you can get back to the things you love.

With a triumphant smile, Charlie said, “I’ve got my Ikon pass, I’m ready to go.”