Committed to Our Community

Therapeutic Associates West Kennewick is doing several things to support the community and get families and individuals active and healthy. When families and friends workout, race, and participate together they are bonded by the experience. Parents who sent an example of an active lifestyle infuse their children with an excitement and positive perception of exercise and a health. This perception of exercise then becomes part of the child’s life and they have significantly better odds of growing up healthy, happy, and active. They not only gain physical health but they gain mental health as they accomplish goals and learn to push themselves to overcome obstacles. Parents need to continue to get moving and get their kids moving with them.

I learned how to swim at age 45… didn’t know a single stroke but had two goals. One was to learn to swim before the grandkids knew how. I didn’t want to hear the words “Hey, Grandma come get in and swim with us” and I would have to say “Sorry… Grandma is afraid of the water and doesn’t know how to swim!!”

Second goal was to be able to do a Triathlon. I tried my first sprint tri here in town and still hold the longest swim time for that course. Now 13 years later I don’t even feel like the same person that was petrified to get into the water. Once I started training for triathlons I always had a secret goal of competing at worlds. This year I finally qualified for ½ Ironman World’s Championship. Therapeutic Associates has helped me overcome injuries, ride and run faster and fuel/train for my peak performances. 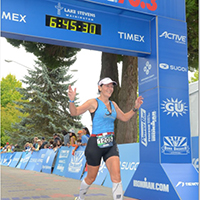 At the suggestion of a friend at the gym, Jennifer began triathlon in the summer of 2005. She borrowed a bike from her parent’s garage, doggie paddled the entire swim, and made it through the run. She hired a swim coach the next week, bought a real bike, and has been training year-round for the past 8 years. She is a two time Coeur d’Alene Ironman finisher, 2012 Women’s Champion of the Three Rivers Road Runner’s Multi-Sport Series, was awarded an ambassadorship with TriSports.com, qualified for the Boston Marathon, has reached the age-group podium at several regional races including a top three finish at Rev3 Portland and 5th at Miami 70.3. She earned a 2012 USAT Honorable Mention, placing in the top 10% of her age group nationwide. She is the Membership Coordinator for Three Rivers Road Runners, on the Board of Directors for the Three Rivers Bicycle Coalition, and a member of the Chinook Cycling Club.

Jennifer holds a Master’s degree in International Relations and speaks fluent Spanish. Her husband Joel is a local attorney and she is the proud mother of three wonderful children ages 5, 7, & 9. 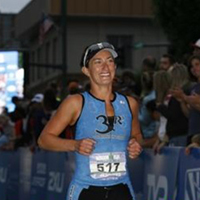 I grew up in Kennewick attending Kennewick High School where I ran Cross Country and Track all four years, the team’s my first few years weren’t too strong, but by my senior year the Cross Country team went from an 0-8 season to a State qualifying team and the track team was League champions that year as well. After high school I went to CBC for one year before tranferring to the University of Washington. I ran for a year on the track team, though my results we dissappointing to me and I wanted to focus more on school getting accepted into dental school and spending a total of seven years at U-dub. After school I returned to the Tri-Cities, and while I occasionally went jogging or mountain biking I didn’t train too much and just did an occasional fun run. I was invited at the last minute to join some friends doing the Hood to Coast relay in 2002, and that environment brought back my desire to race despite being more sore after that then I have ever been in my life. I expanded from running to doing a couple of duathlons the next year, but was trying to learn to swim before doing my first triathlon a year later, it has definetely been the hardest aspect of racing for me. I have now done every race in the 3RRR multisport series since 2004, with wins at the Rage in the Sage three times and the Aquaman Duathlon as well, placing at least as high as 2nd at every other event at least once. If only Ryan Brown were a little more willing to share the top spot. I’ve done a lot of other races in the northwest as well with wins at Gap-to-Gap in Yakima, the Deschutes Dash, and Goldenman Triathlon, and have just really enjoyed being part of the triathlon community at large, making lots of good friends along the way. I am very fortunate to have my very supportive wife Cara, and our daughter Adah and a new baby and hope to enjoy multisport for years to come.

It has been great working with the high school and middle school cross country and track teams. These athletes would do their regular running training and then we would meet with them each week to do full body functional training. They would workout for 60 min doing functional exercises to increase core, hip, leg and upper body strength. The results of these workouts going into their race season was increased speed and strength and decreased injuries. Just as parents set good examples of a healthy lifestyle these athletes had a positive influence on their families. Parents and siblings started training, running, and living a more healthy lifestyle as they saw the health benefits these athletes were getting. 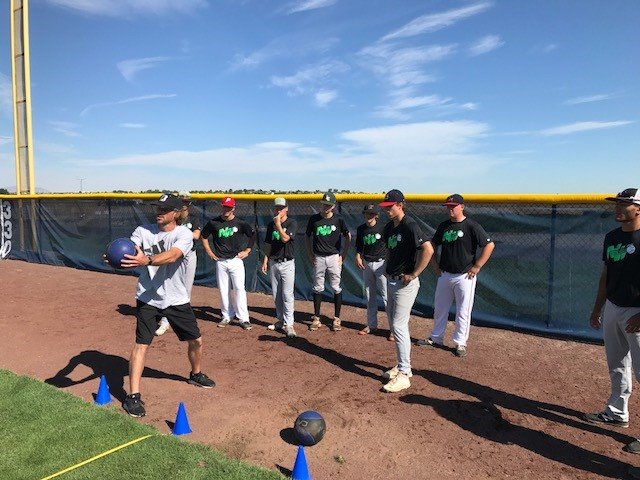 Sponsorships and the Community

We sponsored a hike up Badger Mountain. As part of the challenge families and individuals came out and hiked up the mountain. Kids as young as 2 and adults as old as 80 made the hike to the top. For many it was the first time they made it to the top and it was a confidence builder and an accomplishment they could be proud of. The great thing is that families were exercising and experiencing the event together.

This year we help organize and sponsor 2 all comers track meets. These meets had 7 running events and several field events and were open to anyone of any age. It was great to see 5 year olds and 60 year olds taking the track together. Families made relay teams and ran sprint medleys together. The money raised from the event is going to helping kids experience USA track and field national cross country and track and field events.

We have trained and sponsored several athletes this year and helped them reach their goals. At many events families and friends come together and experience an event together. At the big cross cross country 5k several parents and children raced together. Nancy and her daughter raced the rock-n-roll half marathon both setting PR’s in the process. Red to Red mountain bike race had fathers and sons racing together. At Titanium Man Olympic triathlon many teams were made up of family members and friends. Kids came out to watch parents run and feel the energy of the event. There has also been a positive influence of individuals on communities. Diana and Jeevan competed in ½ Ironman and Duathlon World Championships, and their journey motivated many to get moving. Diana learned to swim just a few years ago at age 45 and her story and example of learning and growing into a World Championship athlete has motivated others to follow their dreams and overcome fears and do something they didn’t know they could do. When we are coaching and training these athletes in our clinics our PT patients see them working out hard and become inspired to do a little more in their own life to increase activity and improve health. 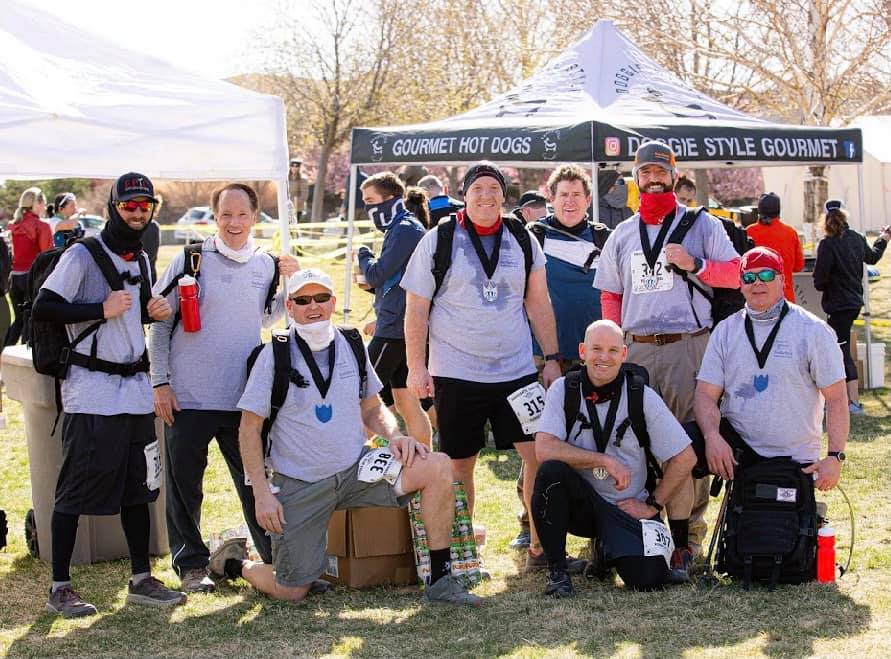 Clinic News
PT Day of Service 2022 — Celebrating Service to Our Communities
Every year when National PT month arrives in October, the Therapeutic Associates Physical Therapy teams across the Pacific NW rally together and join the movement to support our organization’s platinum sponsorship of Global PT Day of Service (PTDOS).
Read More

Clinic News
PT Spotlight — Getting to Know Chris Glover
Depending on the season you may Chris Glover skiing one of Central Oregon’s volcanos, biking one of the area’s road or trails, or hiking and camping with his family. As practice manager at Therapeutic Associates Sunriver Physical Therapy, Chris strives to ensure every patient’s PT journey is meaningful to them from start to finish.
physical therapy
Read More

Clinic News
Clinic Spotlight — Sunriver
The physical therapy team at Therapeutic Associates Sunriver Physical Therapy strives to ensure every patient has an exceptional experience and achieves an optimal outcome. Practice Manager Chris Glover is dedicated to providing personalized care designed to get patients back to the things they love.
physical therapy
Read More