What is Lumbopelvic Stability?

One in four women will experience incontinence at some point during her life, and nearly three-quarters of the U.S. population will deal with low back pain. Do you experience either of these? To understand how to treat these two conditions, and get to the “core of the issue,” we must understand the importance of anatomy of the pelvis, lumbar spine, and internal organs.

The pelvic girdle is a complex ring of joints, ligaments, and muscles. The three main bones of this region — two ilium and the sacrum — meet together to form three joints. These areas are the pubic symphysis and two sacroiliac joints. These joints have very broad based surfaces that allow them to have some movement and transfer large loads placed on the joints during activity.

In order for these bones to have some movement between one another when we walk, bend, and move the way we do, they must have an outside force to stabilize them. This stabilizing force is made up of the ligaments and muscles that control the amount of movement. Stabilization by the muscles is provided by four central muscle groups, which include the pelvic floor muscles, multifidi, transverse abdominus, and psoas major.

In the lumbar and sacral spine, after the nerves exit the foramen, they merge together to form the Sciatic nerve which travels down the leg to the foot.

In this picture, imagine the pelvic area as a cylinder. You want to keep equal pressure on the contents of that cylinder if you are going to protect what is inside. After all, your entire spine, all the nerves, and the bladder live in that area. You keep equal pressure by coordinating the movement and contractions of the above muscles, giving you a strong, stable core and support system. If we have weakness in any of these muscles or cannot coor­dinate them, we will put more pressure on the contents inside or not enough on the bones, allowing them to shear at the joints.

The pelvic floor muscles are a group of muscles that run from the tip of your pubic bone to the tailbone. They are comprised of several layers of musculature and serve several important functions for the health of your low back and sacroiliac (SI) joint and your bladder control. 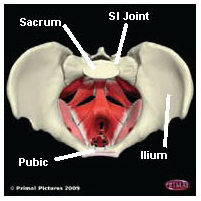 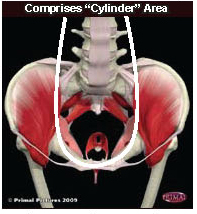 Research has shown that these muscles contract together with the transverse abdominus. The roles they play include:

During pregnancy, especially in the third trimester, there begins to be more stress on the abdomen.  The superficial muscles of the abdomen are called the rectus abdominus with connective tissue down the middle of it called the linea alba.  With enough force on these areas, they can start to split apart and develop what is called diastasis recti.  A diastasis recti looks like a ridge, which runs down the middle of the belly area. It stretches from the bottom of the breastbone to the belly button, and increases with muscle straining. This condition is very common but does need proper attention in order to heal and return back to its previous condition.

If you feel that you have a protrusion down the middle of your abdomen when you cough, sneeze or bear down, please consult a physical therapist to help with this. To treat this condition, stabilization exercises and possible splinting can be used.

If you have any of these issues including incontinence; pain in the pelvis, hips, or lumbar spine; previous history of surgical intervention in this region; or previous low back injury, you may benefit from a detailed physical therapy examination by a women’s health expert to assess how your pelvic floor and pelvic girdle are functioning together.

If you have any sudden loss of bowel or bladder control, please consult your physician immediately. 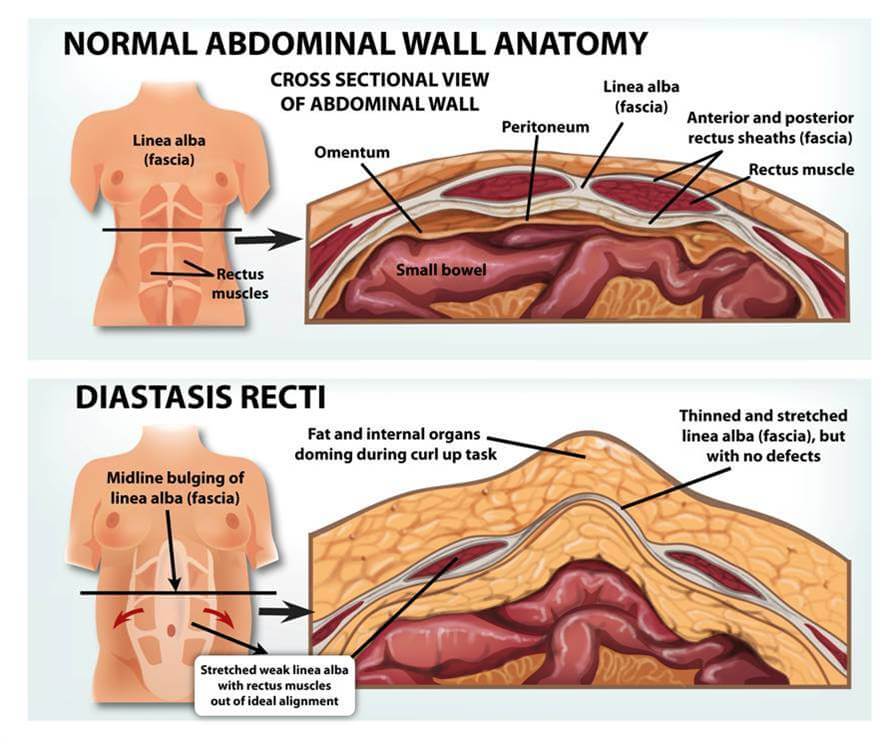 Are you experiencing incontinence or pelvic discomfort?

Our pelvic health specialists are committed to the application of evidence-based treatment techniques to ensure you experience the best in rehabilitation and preventative care and see progress with every visit. 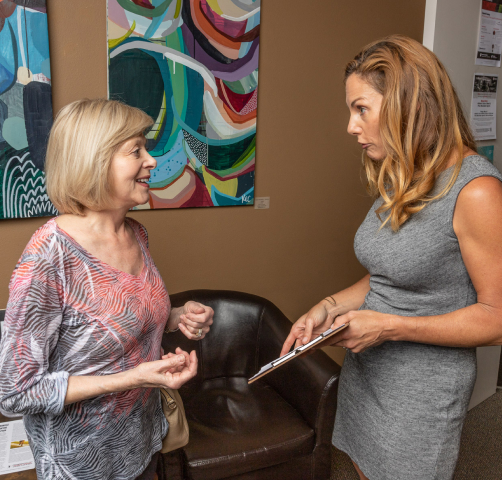 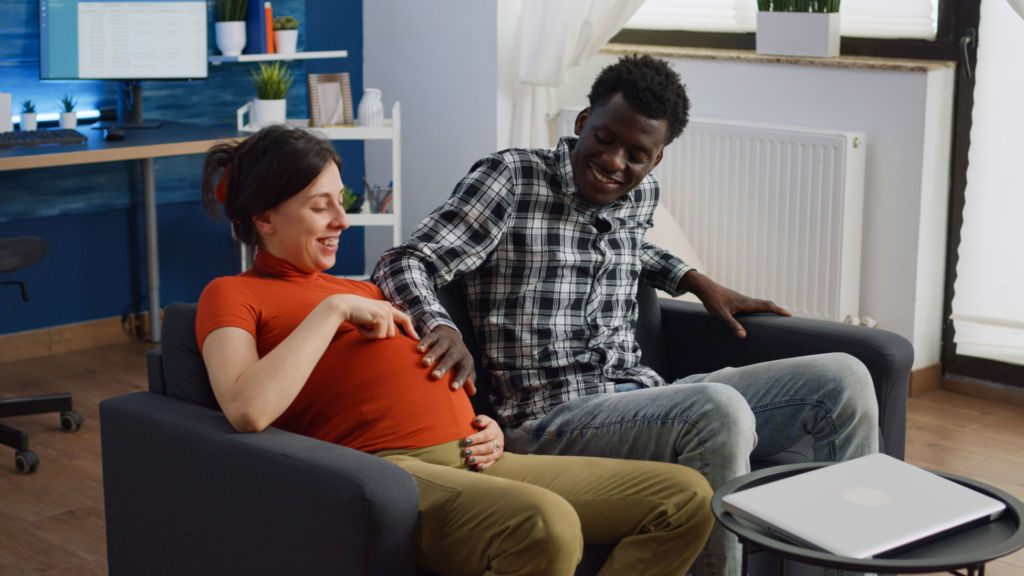 Pelvic Health
The Core of the Issue – The Pelvic Floor and Incontinence
One in four women will experience incontinence at some point during her life, and nearly three-quarters of the U.S. population...
Read More